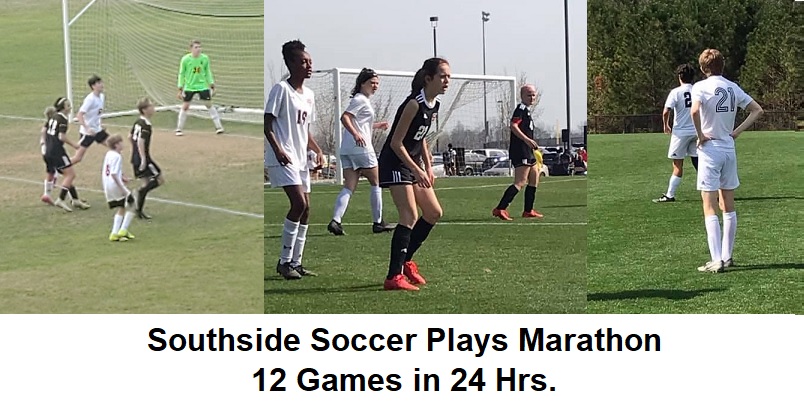 This was a crazy weekend for Southside Soccer. Our Boys and Girls JV Team played 4 games each at the Oxford Tournament while our Freshmen Team (all 7th and 8th graders) played 4 games at Southside’s Campus Field.

8th grader Cameron Thompson had Hat Tricks (at least 3 goals) in all 4 games while the defense and midfield all contributed to Keeper Hayes Cosby’s 4 shutouts in goal.

At the Oxford Tournament the JV Boys went 2-2 at the Golden Cup tournament while the girls went 1-3 losing a close one to Albertville on PK’s.  Coben Guest and Ouezeph Toumiba led the scoring for the Boys JV.

Ouzieph Toumbia scored the lone goal in the 2-1 loss to Guntersville.  Jonah Keenum score with a header off a free kick and Ouzieph Toumiba netted another goal. Coben Guest scored in the 1-0 win over Arab.