The Lady Panthers bowling team placed 2nd in the AHSAA North Regional Tournament last Thursday, making it 5 consecutive years of appearing in the championship match and yet again qualifying for the AHSAA State Championship Tournament this Friday in Pelham.  The girls defeated Oak Mountain High School and Virgil Girssom High before falling to top ranked Sparkman in the final match.  That ended a 77 game winning streak leading up to that point.  Overall the 2020-21 season record sits at 20-1 as they head to State.

The 4 time defending state champs have been led by veteran seniors Jessica Clontz, who finished with the 2nd highest series of the regional tournament, her twin sister Jennifer Clontz, who’s series was 4th overall, and Rose Losco who has been a key member of the last 3 state titles.

The road to a 5th state title will start Friday morning at Oak Mountain Lanes in Pelham against Stanhope-Elmore. 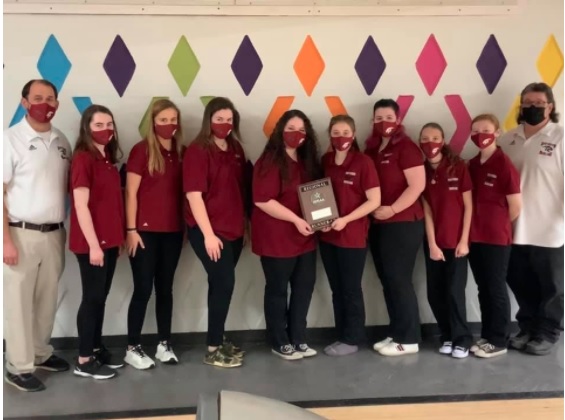