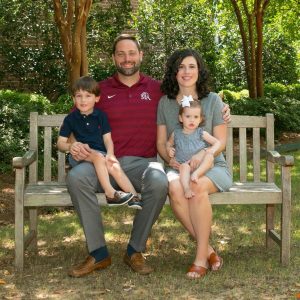 Coach Gary Nelson comes to Southside from Montgomery Academy, where he has been since 2012, serving first as a teacher and assistant football coach, before adding head football coaching and ultimately Athletic Director duties. Since 2013, Nelson has helped the Eagles to a school-record seven consecutive winning seasons and playoff berths. During that span, MA has won 3 region championships and set a host of school records for offensive production. During his tenure as Athletic Director, MA won 5 team State Championships. The 2019 MA football team  finished 7-5, reaching  the 2nd round of the AHSAA class 3A playoffs. While at MA, Coach Nelson helped multiple players earn all-Conference, all-Metro, and all-State honors, and has helped football players extend their careers at all collegiate levels from NCAA Division III to FBS. In addition to coaching and athletic director duties, Nelson taught history and technology, and served as the Coordinator of Leadership and Character Education.
Prior to his tenure at Montgomery Academy, Coach Nelson spent three years teaching and coaching at Hooper Academy, where he helped the Colts to their first winning season in ten years in the 2011 season. Nelson also coached track and field and basketball at Hooper.
Coach Nelson received his M.Ed from Auburn University at Montgomery in 2012 and is a 2009 graduate of Huntingdon College, Where he played football for the Hawks from 2005-2008, helping Huntingdon to consecutive winning seasons and earning recognition as a National Football Foundation Hampshire Honor Society Member in 2009. Nelson prepped at Alma Bryant High School in Irvington, AL, graduating in 2005, and is married to the former Stefanie Holman of Wetumpka, AL and they have 2 children, Sam (4) and Lucy (2).
Welcome to Southside Coach Nelson!!!  #gopanthers
Panthers Official Sponsor