The Southside Lady Panthers Bowling team has already achieved historic success during their run to 3 consecutive state championships, but the current team has their sights set even higher.  The past 2 weeks has been a grueling schedule, with 5 matches and a tournament in 9 days in 4 different cities, the girls have completed it with a perfect record (12-0 on the season), a new school, region, and (pending) state record score against Etowah, and as champions of the Thompson High School Warrior Classic, defeating John Carroll and having to come from behind against Vestavia Hills and Spain Park to capture the tournament title.  “We have a giant target on our backs against everybody.” Said Coach Zack Blume.  “We know we’re getting ever team’s best shot every time we go out there.  I’m just so proud of how our girls have responded and always seem to rise to the challenge.  There’s some really good teams in the state so we still have a lot of work to do, but I’m pleased with where we are.”  Senior Grace Ann Clontz averaged 216 in the tournament while her sister, Junior Jessica Clontz averaged 206 to take the top 2 spots on the individual side of the tournament.

On the boy’s side, the Panthers have rebounded nicely from a tough start and have won 5 of their last 7 to move into 2nd place in the region.  The boys finished 5th at the Warrior Classic to tie their highest finish in the 4 years of the tournament.  With upcoming matches against Gadsden City and Etowah, the boys control their own destiny in their effort to win the region for the 2nd year in a row.  “I’m really happy with the progress the guys have been making these past 2 weeks.  They have had a tough schedule to this point, but are hanging in there with the best teams in the state.  We’re all excited to see what these young men can do the 2nd half of the season.”

The teams will be off for the Thanksgiving Holiday after a make-up match with Coosa Christian Saturday for the boy’s team.  They will travel to Auburn December 3rd before hosting the 3rd Annual Panther Classic Tournament in Rainsville December 4th, and hosting Gadsden City December 5th in a pivotal region match. 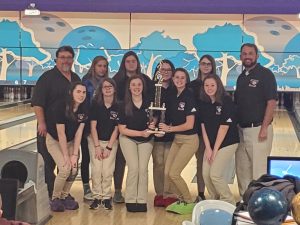