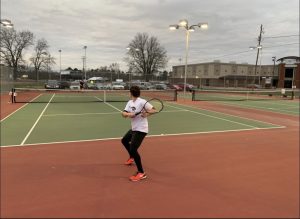 Southside Slices Their Way to Sectionals

The Southside Tennis team is starting the 2019 season with a 6-game win streak for the boys. Riddic Dugger, first seed sophomore, says,” We have a high chance in making state this year because of our strong lineup in our varsity. We have a very high possibility of making top 5 in the state out of the 32 teams that will be there.” All the boys have worked very hard with their strategy and stamina to win matches quicker and to out run opponents when faced with tough challenges.

The Boys Varsity Tennis team can all agree that this year compared to previous years has changed as far as the bond they all share. Ben Deike, Exchange student and fourth seed, has a positive impact on the team by keeping in mind that tennis is just for fun. The top seeds play tennis year-round; even during the school’s off-season, they still play together through the intense heat and freezing cold. Deike reports, “The bond between all of us is strong and because of it, we are going to go far this year not only in the tennis season, but as a family.”

Although the girl’s Varsity Tennis team is weathering a tough start to the season, it has great potential for years to come. Charity Coley, first year sophomore, has won against Westbrook and Albertville and is believed to be one of the top players. Coach Blume commented on Charity’s improvement saying,” She has really improved with how quickly she’s taken to tennis. Charity is a great athlete and works really hard. I’m looking forward to watching her grow and get better the longer she plays.”

With  Sectionals beginning, the boys took home another victory against Sardis with a 5-4 final score. You can catch the Panthers in action with matches coming up against  Etowah, Douglas, Guntersville, and Boaz.  CLICK HERE TO VIEW THEIR SCHEDULE 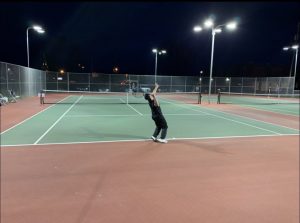 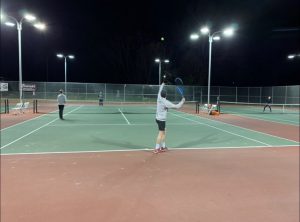 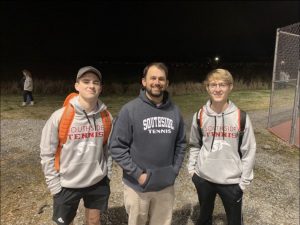